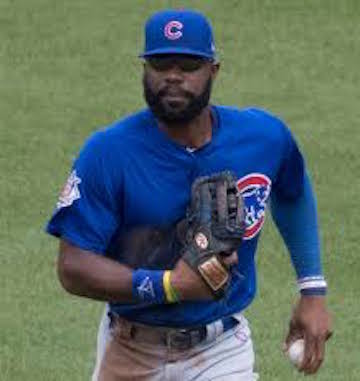 Baseball general managers have their philosophies that frequently blur the line between belief systems and biases. The struggles of Jason Heyward are indicative of how Cubs president of baseball operations Theo Epstein relies on that foundation to repeat similar mistakes made in the past — mistakes he should have learned from. Now the club is essentially trapped in the current situation with few alternatives but to accept and adapt.

The defenses and excuses for Heyward have run out. In 2016, his dreadful first season in Chicago was camouflaged by the Cubs run to the World Series and “saved” by the folk tale of his inspiring rain delay speech that roused the reeling Cubs from their punch-drunk stagger after the Indians had tied World Series Game 7 with an eighth inning rally. In 2017, the afterglow of that championship and Heyward’s supposed role in winning it saved him from the deserved vitriol that otherwise would be directed at such a monumental bust.

Although it’s still early in the 2018 season, the number of fixes, repairs, glitches, hitches and flaws that have befallen Heyward and their attempts to return him to some semblance of the player the Cubs thought they were getting have grown moldy, repetitive and tiresome like that preposterous story from the World Series. Two-plus seasons of popgun offense and admittedly still superlative defense have settled into the acceptance stage of the grieving process. This is what he is. Maybe he’ll give them 10 home runs and a .710 OPS – if they’re lucky. Apart from that, there is a reasonable argument to say that he should not even be an everyday part of the lineup.

For all the statements about objective analysis as the driving force in decisions made in today’s game, Heyward’s 8-year, $184 million contract is the only thing saving him from being a defensive replacement in the late innings as the Cubs hope to get something of use from him apart from his glove and his “leadership” — something that, in most cases, the sabermetric community scoffs at.

When the contract was signed, the non-SABR community was bewildered at why a good but not great player with a history of injuries who didn’t appear to like baseball very much was so in demand. This is not to blame the Cubs. The Cardinals, Nationals and Yankees had interest in Heyward. Had the Cubs not paid him, someone else would have. That a player who was never mentioned as elite got to that point speaks to the overemphasis on statistics, projections and the intangibles — the latter of which SABR advocates downplay when it is inconvenient to their argument.

Heyward was a cumulative player whose age and widespread talents accrued enough production that his wins above replacement (WAR) was high enough to assuage any legitimate concerns about him.

He didn’t hit a lot of home runs, but he was a Gold Glove-caliber right fielder who could also play center field. He didn’t hit for a high average, but he walked a fair amount. He stole double-digits in bases and had a solid success rate when he did run. He was 26. It’s doubtful the Cubs or any team is planning on the worst-case scenario when paying a player so lucratively, but in Heyward’s worst-case scenario, they’d get great defense, some speed, some pop and an overall good player who would contribute to what they were building.

But now it is the worst-case scenario in that they’re stuck with a minimally productive player who’s in the lineup almost solely because of his salary.

This is wedded in Epstein’s theoretical-based way of constructing his teams. He attaches himself to certain players and won’t let go. In Boston, it was Hanley Ramirez who was traded while Epstein was in time-out after a tiff with Larry Lucchino and who he repeatedly tried to reacquire once he returned to run the Red Sox. Ben Cherington – an Epstein acolyte — eventually made it happen once Epstein was gone and the results have been up and down. In Chicago, he’s had John Lackey, Jon Lester and Anthony Rizzo – all of whom were or are successes in Chicago. However, that attachment has also led to players like Heyward being hopelessly overpaid for what they provide amid embarrassingly transparent excuses continually proffered as to what the unseen contributions are with cherrypicked numbers used as justifications for his undeserved playing time.

Epstein’s resume will get him elected to the Hall of Fame. He’ll have earned enshrinement. Breaking two longstanding curses and winning long-awaited World Series in both Boston and Chicago accord him an impenetrable shield. That does not mean he can do no wrong and that he doesn’t make mistakes. Heyward is one of them and the Cubs will be paying for it through 2023.