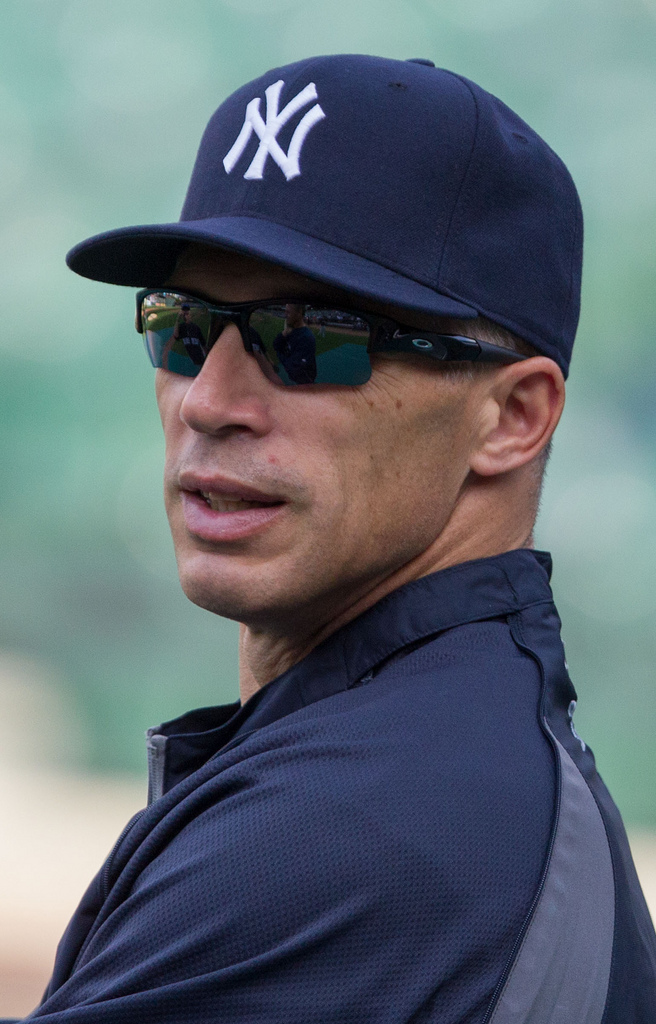 “He was invited and declined” is the excuse the Yankees give for the glaring omission of the mere name “Joe Girardi” from their celebration of the 1998 World Series champions, portrayed as one of the greatest if not the greatest teams in history.

Regardless of where you sit on the spectrum of Girardi’s contribution to that team and whether the Yankees were obligated to make a note of him even though he was absent from the festivities, the contradiction between how the Yankees sell themselves and how they really are is exemplified by their behavior in these very situations. There is a basic “if this, then that” attitude that comes from the top and more noticeable than it otherwise would be if they simply exhibited the class they relentlessly sell and avoided the infantilism that is a blatant hallmark of how they truly are by just noting that he was a part of the team.

Lest anyone believe it was a circumstantial choice not to mention those who were absent and it was not an intentional act, the Yankees made certain to avoid any player who was not there. That list included Orlando Hernandez, Mike Stanton, Ricky Ledee, Chad Curtis and Hideki Irabu.

The only ones of the group for whom a blotting out of existence is explainable are Curtis, who is in jail for some pretty terrible crimes, and Irabu, who committed suicide, so it’s understandable that they would avoid mentioning them. But should Girardi be in this category?

Those unaware of the Yankees’ deviousness in using plausible deniability to advance their agenda in these relatively meaningless situations could say that it was a decision not to talk about players who weren’t there and that’s that. When looking at the Yankees’ past with how they treat players and people who have become persona non grata for reasons reasonable and ridiculous, it is to be expected that they would treat Girardi as the invisible man and white him out of existence.

What is more galling is that he did not choose to leave them. The psychological issue of treating rejection as if it was a decision on the part of whomever was rejected is obvious, but this is the exact opposite. It’s a false equivalency to say that a former manager who was fired is the same as the former manager and player refusing to join a celebration that he had every right to attend and was, in fact, invited to attend.

Technically, his contract as manager was not renewed, therefore he wasn’t “fired” in the truest sense of the word. But make no mistake about it, for all intents and purposes, he was fired. The argument that the wound is only just starting to scab so it can heal is missing a critical ingredient: Girardi has been nothing but complimentary to the organization and stayed silent over how he was treated. There have been no whisper campaigns; no columns in which Yankees insiders immediately recognize Girardi as the source; no passive aggressive comments one often sees during a bitter divorce.

Girardi’s predecessor as Yankees manager, Joe Torre, was briefly excommunicated from the Yankees universe – complete with being figuratively shit on by Randy Levine’s flunky, the buffonish mouthpiece of the Ministry of Propaganda at YES, Michael Kay – because of his book The Yankee Years and that he did not recede quietly into the night once his tenure as manager ended. With Girardi, there is no book detailing his decade with the Yankees as he attempts to turn himself into St. Joe II.

For someone who was the manager of the team for its last World Series title in 2009, oversaw a pseudo-rebuild and kept the team from falling to the depths that most teams do as they reconstruct their roster and move from one era to the next, Girardi has the right to be bitter as he sits on the sideline watching Aaron Boone drive his Ferrari. But he’s stayed silent.

Mentioning his name hurts no one. It could have been done at the end of the ceremony in which the players who were present or, as Derek Jeter strangely did amid the flimsy excuse that it was his daughter’s birthday, give a statement via video, as those who were not there were referenced innocuously: “Key parts of that team who are unable to join us today…”

It’s as simple, professional and classy as the Yankees seek to present themselves. Of course, they chose to be petty and vindictive for reasons known only to them, if there even is a reason.

No, this is not a major conspiracy for which the organization should be held accountable; no, Girardi was not a giant and irreplaceable part of that championship team and they likely would have been just as good had they used another backup catcher; but they could have said his name rather than saying, “we invited him and he said no” as if that’s some form of justification to edit to the narrative so he no longer exists.