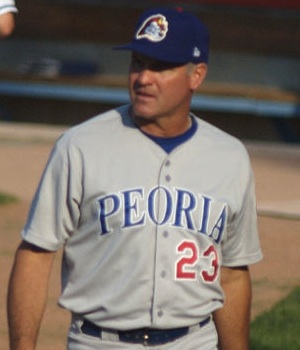 In retrospect, perhaps Ryne Sandberg would have been better off having fought harder for the job managing the Chicago Cubs a year after he’d left the organization. To dispel the notion that Sandberg left the Cubs after Theo Epstein took over as team president, the fact is that Sandberg had departed the previous year when he was passed over for the job as manager in favor of Mike Quade. Quade had replaced Lou Piniella when Piniella resigned in August of 2010.

Having paid his dues as a minor league manager, learning his craft and the organization’s prospects rather than stepping off the field and using his Hall of Fame career and credentials as a Cubs hero to force his way onto the big league staff and, eventually, as manager, Sandberg did it organically and was still bypassed based on a misinterpreted strong finish by the Cubs under Quade. In his first year after leaving the Cubs, as he was managing the Philadelphia Phillies Triple A club in Lehigh Valley, the 2011 Cubs – like the 2015 Phillies – were in the midst of the last throes of a relatively successful run they had under Piniella and general manager Jim Hendry. They had come apart and needed the radical overhaul that Epstein was prepared to undertake.

It’s not often that a former star player like Sandberg will shun the airs that accompany such lofty status and show the willingness to go down to the low minor leagues, ride buses great distances, essentially do everything in running the club and do so in the interests of making the same primordial climb as a manager that he did as a player to get to the big leagues. Sandberg could have avoided that. He could have launched a public relations blitz, coerced friendly reporters with an agenda into supporting him, and subtly planted the seed within the fan base that the former Cubs superstar was the man to resurrect the declining franchise while there was still time to do so.

He didn’t. Since he started his professional career and had his first cup of coffee in the Majors with the Phillies, there was a linear aspect to him joining that organization. Again, he did not shoehorn his way onto then-manager Charlie Manuel’s staff as an interloping manager-in-waiting. That came later and had little to do with Sandberg. At the time, the Phillies, like the Cubs of 2009 to 2011, were plummeting from a star-laden contender into an ancient and crumbling structure that had to be detonated.

After he joined the Phillies coaching staff as the third base coach in 2013, it was no secret that he would eventually be the next manager when and if Manuel was dismissed or pushed into retirement. With the team floundering, Manuel still showed no interest in walking away by his own volition and he was fired so Sandberg could watch the club from the manager’s chair for the remainder of the season and get a gauge on what he wanted to do.

What he saw was a team of insolent, declining veterans who had grown complacent and too accustomed to the mostly hands-off approach of Manuel. Sandberg focused on the fundamentals, tried to discipline the likes of Jimmy Rollins, and tamp down on the country club atmosphere and eye rolls of “we’ve won here and we know what we’re doing” even if the team was no longer winning and the “knowing what they’re doing” included being lax and arrogant.

Getting the job managing the Cubs when Epstein took over as team president would have put forth the impression that team ownership was heavily influencing the new baseball czar in a way that was reminiscent of the situation Epstein had just escaped in Boston as the GM of the Red Sox and even if Sandberg had pushed for it, it probably was not going to happen. But, in retrospect, Sandberg’s focus on fundamentals and knowledge of the Cubs farm system at the time – particularly Starlin Castro and Darwin Barney, among others – could have benefited the Cubs in the first two seasons under Epstein as Epstein’s hand-picked manager, Dale Sveum, was fired largely because of the lack of adherence to the basics and failures in development of those particular young players.

Given how he was willing to work his way up the ladder as a minor league manager, Sandberg would likely have adapted as necessary and followed the organizational plan when it came to on-field strategies of the new front office. And how much worse could he have done than Sveum, who took the job expecting to be allowed to deal with the inevitable 95-to-100-loss seasons as the Cubs tanked to accrue high draft picks and was still fired?

For managers, the situation has to be right, the front office has to be agreeable, and the players have to be willing to listen. The key is to get the players to do what the manager wants them to do without the players acting as if they’re doing the manager a favor by doing it. The manager who gets his way is seen as a keeper while the manager who doesn’t is on the way out. Looking at Sandberg’s time as Phillies manager, is there really a giant difference between his perceived cluelessness and that of current Cubs manager Joe Maddon in his first two seasons as manager of the Tampa Bay Devil Rays? Maddon has become the embodiment of pretentiousness, believing and furthering the media hype of being the “best” manager in baseball when he was, in reality, along for a great ride with a smart and lucky front office in Tampa as they starting winning with him running the club. The Cubs hired him as they too are on the precipice of title contention and he will get credit for it whether he deserves it or not. His career could easily have gone the way of Sveum and Sandberg had Tampa not been as patient and understanding of the circumstances.

Sandberg did not do a good job as Phillies manager, but he did do a good job as a minor league manager with the Cubs. He was overmatched in the big leagues, but did well with the youngsters in the minors. Taking someone who was good at one thing and putting him in an entirely different circumstance without a commitment is dooming him to failure. After trying to discipline the players, there was a sense of “what do you want me to do?” from Sandberg when the players didn’t follow his instructions and openly challenged his authority. When the front office didn’t make the decision to get rid of those players who were defying the manager and, in fact, enabled the insubordination, they extinguished any chance Sandberg had at success.

The situation he inherited was terrible with an organization that mortgaged the future for the present and whose present was burning down to its embers and cooling like a dying star. It is eerily reminiscent to the fading players he had to deal with in Ryan Howard, Chase Utley, Rollins, Cliff Lee, Carlos Ruiz and Jonathan Papelbon. He got caught up in that mudslide in the same way he got swallowed up when the Cubs were in transition. Now, as the Phillies are also on the verge of sweeping changes with Andy MacPhail widely reported as the next baseball boss, Sandberg walked off the cliff before they could push him. He was in a no-win situation and, unsurprisingly, he didn’t. With the Cubs, it might have been different had he chosen to stay with an organization that, while ruthless, has a more logical tack than the bottomed out Phillies.